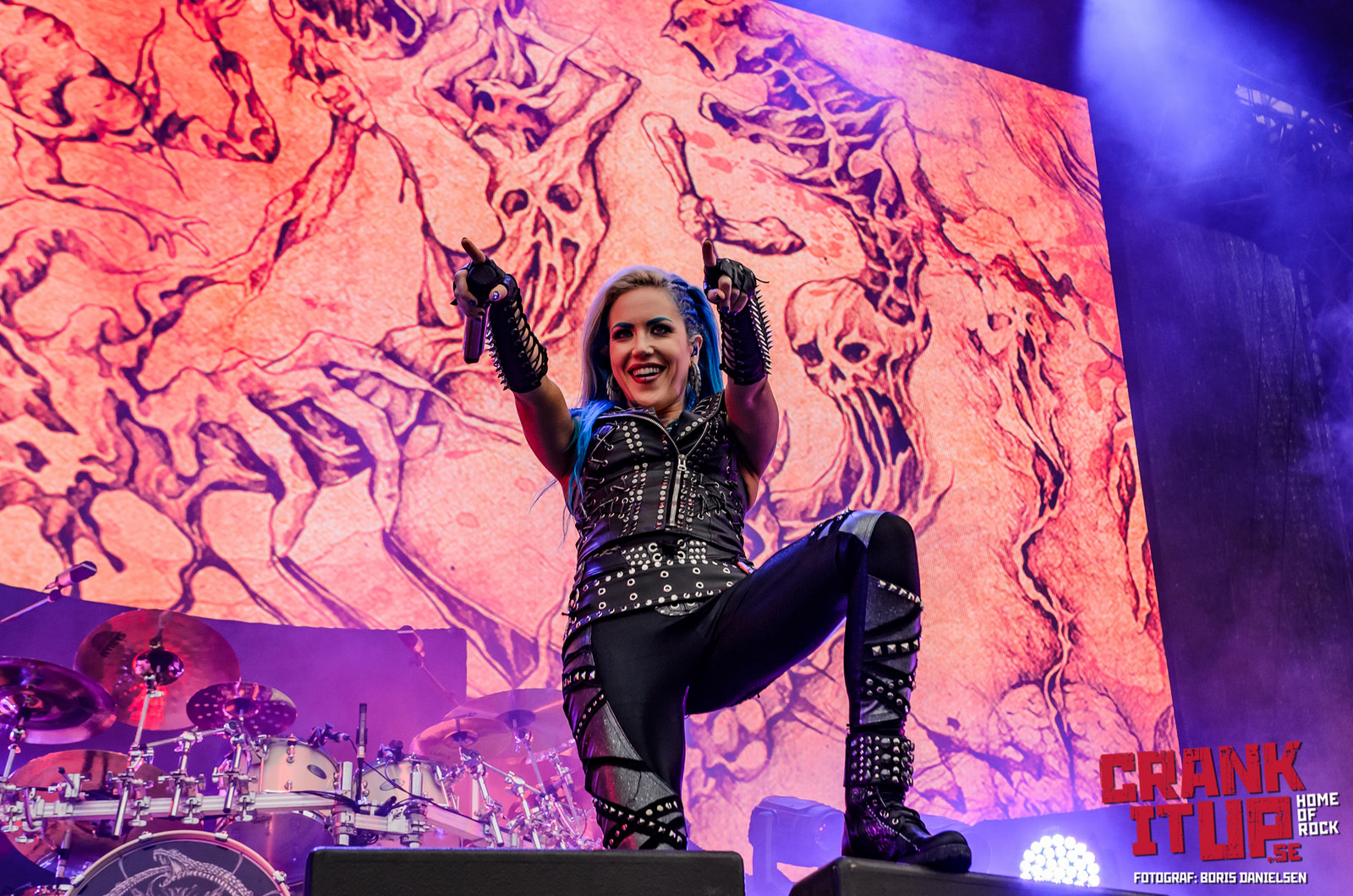 Date: 2018-06-20
At Fredriksten fortress in Halden the rain is pouring down and the festival demands a lot from the metalheads storming the fortress for Tons of Rock 2018. Near the entrance there’s stands everywhere, to the right they sell food, to the left merch of various kinds. The first day is a mix of the best. From the great Girlschool to the bat-eating legend Ozzy Osbourne.

When In Vain enters the stage a lot of people seems to take shelter and not being there for the band itself. The crowd is quite dead, but the band seems energized and looks like they are having fun on stage. The sound is a little sharp, but nothing to complain about. The mix of growls and clean vocals makes great contrasts to each other and the progressive elements is great to peak the general interest. 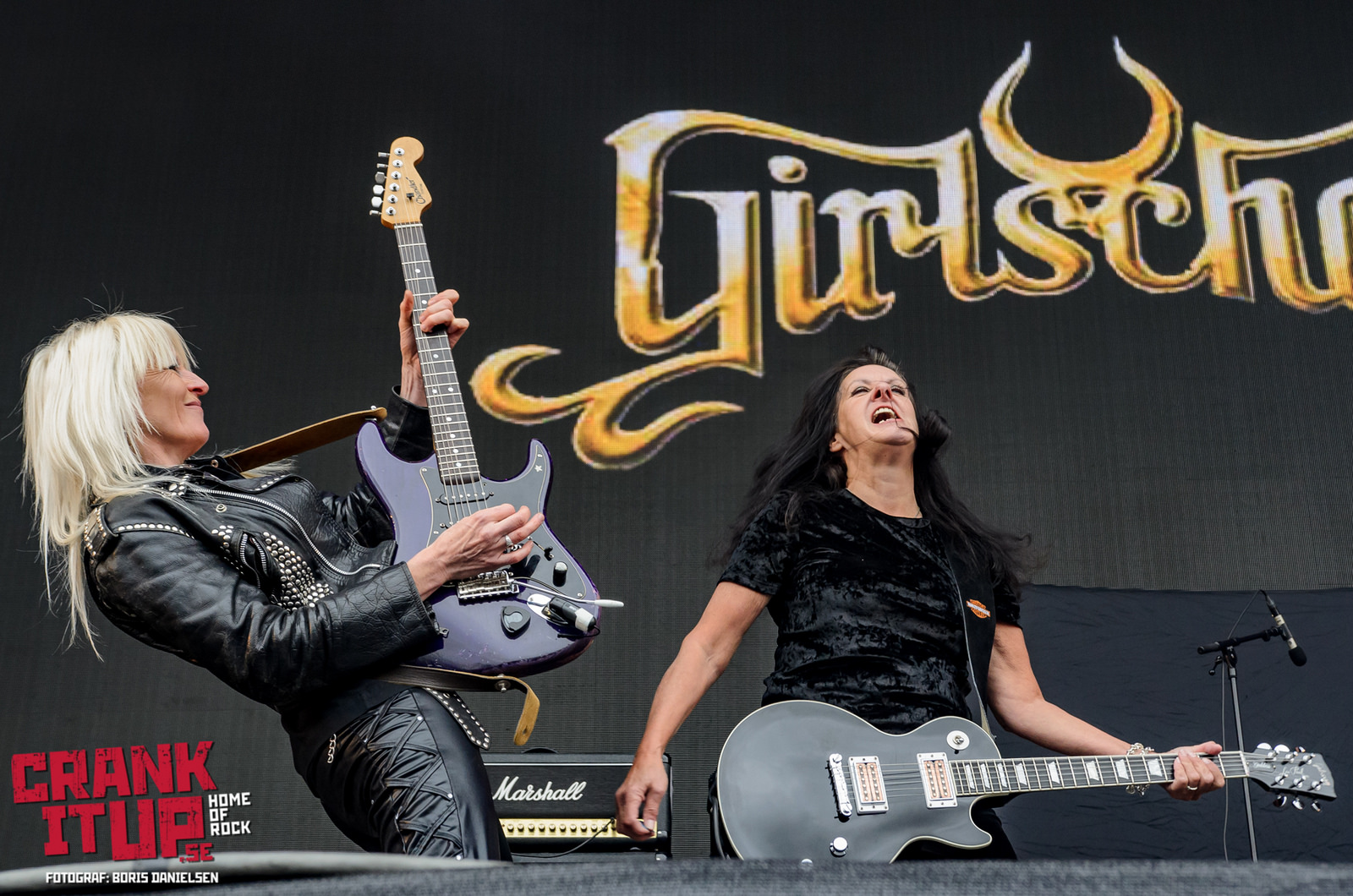 Great Britain’s Girlschool is the first band who plays and opens the main stage for this year’s festival. With classic and old-school rock/heavy metal they bring their best to the stage. The sound is a little low and obscure in the beginning, but after a few songs it’s improved. However, louder guitars is never a bad thing when it comes to this kind of music. They might apologize for the bad weather they brought from Britain but that does not justify the lack of loudness.  Hit and Run goes well with the audience and Take It Like A Band is dedicated to their old friends in Motörhead. Overall it’s a good start of the festival.

Scottish pirate metal-band Alestorm brings their big rubber duck as a backline, as well as a hilarious visual backdrop that shows the bands heads cropped onto the bodies of girls at a water park. They deliver a mix of both new and old songs, some favorites like Keelhauled, Drink and Captain Morgan’s Revenge. They also covers Hangover by Taio Cruz and dedicates The Sunken Norwegian to the Norwegian fans, who also causes a mosh pit to form in the middle of the muddy ground. The band seems to enjoy every minute of it and the audience seems to enjoy it just as much, if not more. To end their set they play Fucked with an Anchor where basically everyone in the audience sings along and gives the finger right back to the band. Alestorm is a band who doesn’t even take themselves seriously and are all about having fun. They could easily been placed later in the evening with a longer set. 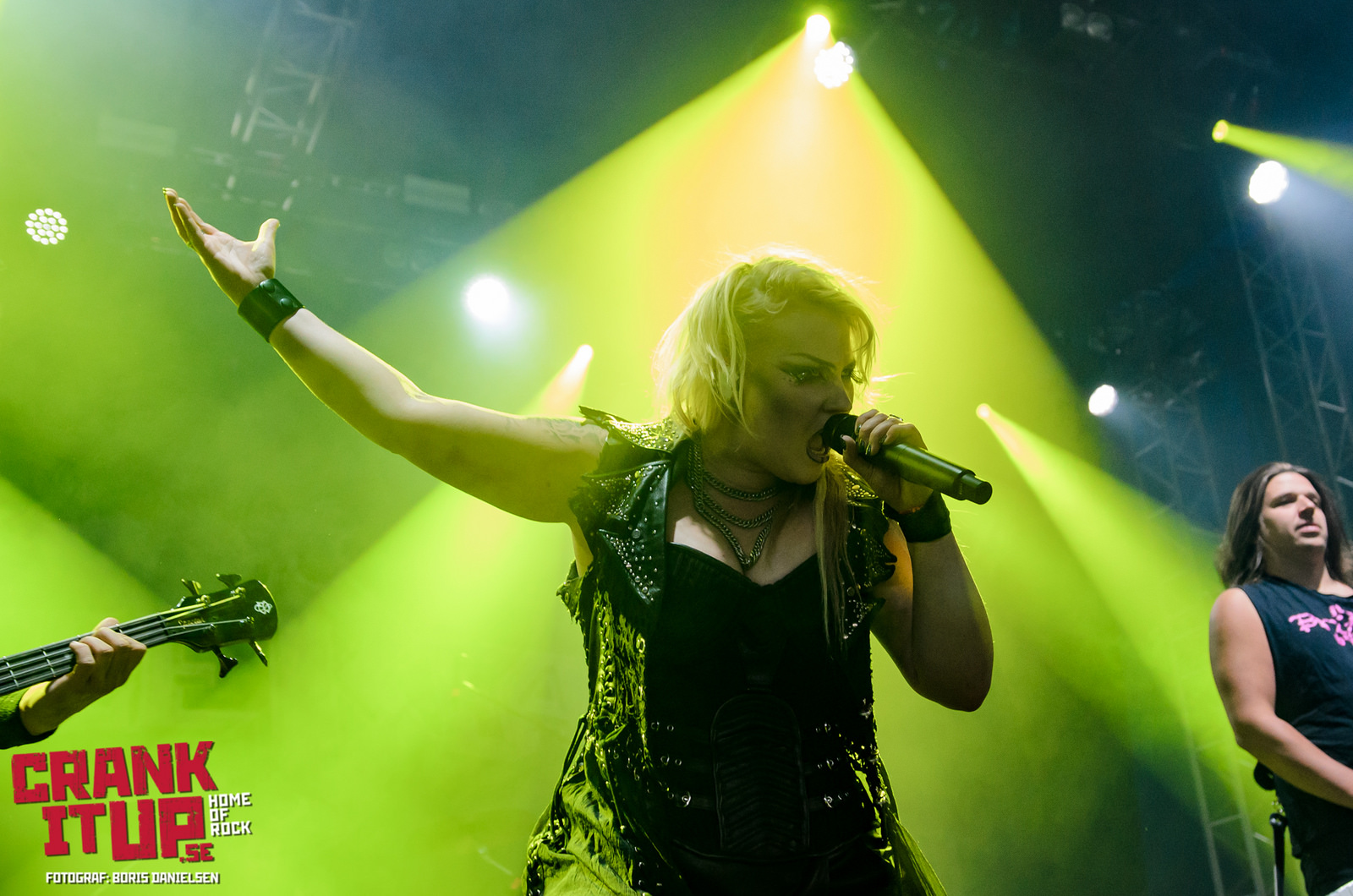 Back in the tent Finnish band Battle Beast lit the mood with some strong power metal-riffs. They might be the most energetic band this day. With all the charisma, stamina and energy they show on stage they seem unstoppable. The sound is mostly good, the only thing to complain about is that the synth drowns in the other instruments from time to time. On the vocals Noora Lauhimo absolutely kills it with a voice that tears through the crowd with roaring power. They have no problems getting the people to throw their fists into the air and sing along.

Arch Enemy takes the stage with storm, playing mostly new material from their two latest albums and some old fan favorites. As always with Arch Enemy there is a lot of energy on stage and the band gives what they’ve got. Singer Alissa White-Gluz is always fun to watch as she puts on a show both with her energy, roaring vocals and stage performance. The same can be said about their bass player Sharlee D’Angelo who is really fun to watch as his stage presence is amazing. The backdrop change visuals during the set a few times which changes the mood on stage. Arch Enemy are great at getting the audience to sing along and have fun even if they aren’t the best at interacting with each other. They’re also a band who easily could have headlined a festival as Tons of Rock.

Ozzy Osbourne wraps up the night with a stunning light show; one that we sadly can’t show in photos as there was no photography allowed during his set. After Ozzy says goodnight to the first day of Tons of Rock 2018 there’s no doubt that we had a great first day with so many amazing bands playing. We could only hope for day two to be just as good.