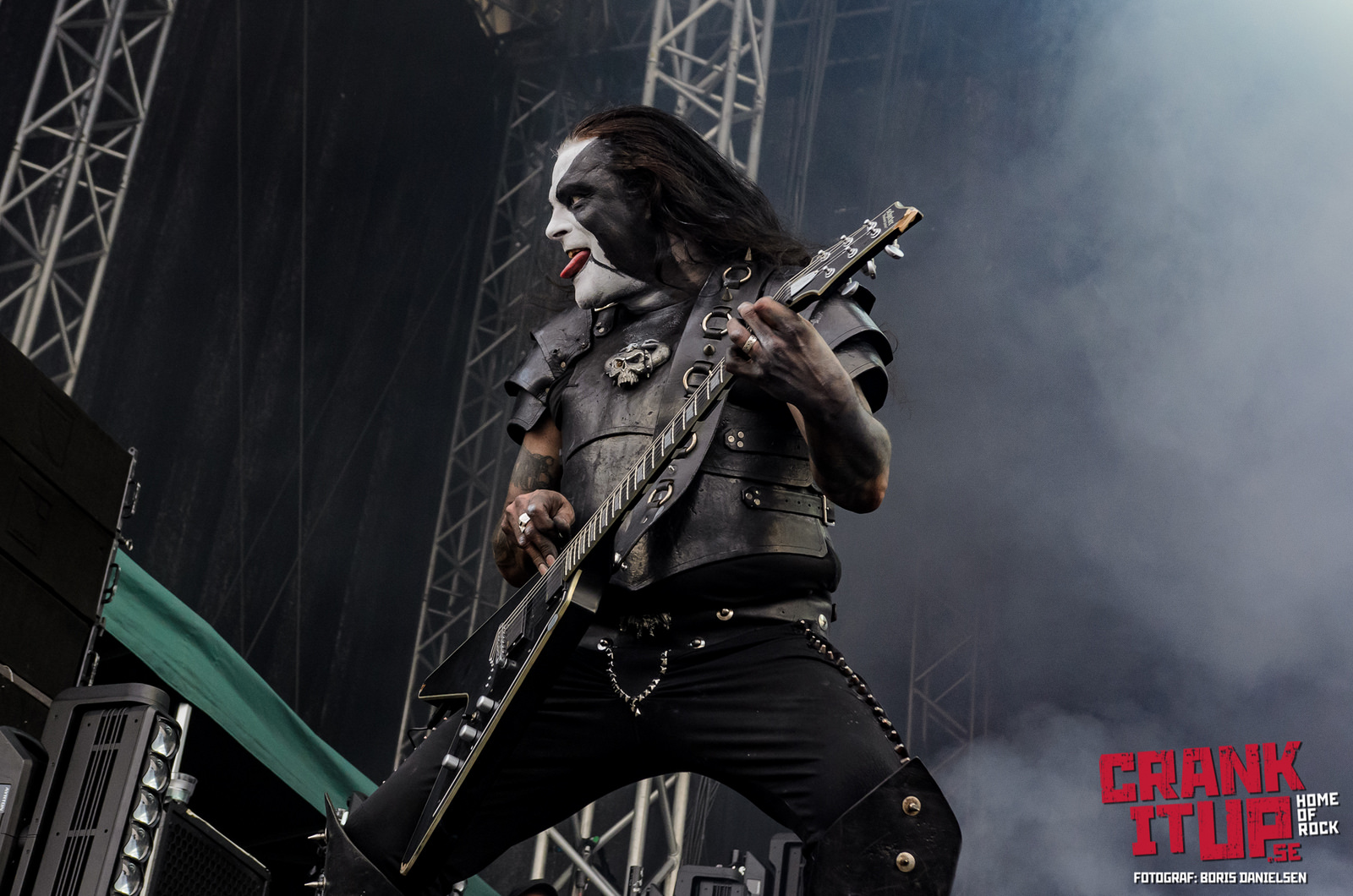 Date: 2018-06-21
On the second day of the festival the weather is a little better than the day before, though it is still cold and the clouds looms dark on the horizon. The second day brings a mix of everything from the symphonic metalband Epica, black metal from Abbath to the grunge giants Alice in Chains.

Swedish rock band Imperial State Electric kicks off the main stage playing some classic hard rock for the masses. As it’s still early it takes some time for people to show up, but after a few songs there’s people almost to the beer stands. The stage however seems a little too big for the band who might have fit better on a smaller stage like the one down in the tent. However, the crowd seems to enjoy the music which has a feel-good mood to it and it gives an easy listening to start the day off. It also seems to brighten the mood for a lot of people, until the rain starts again near the end of their set. 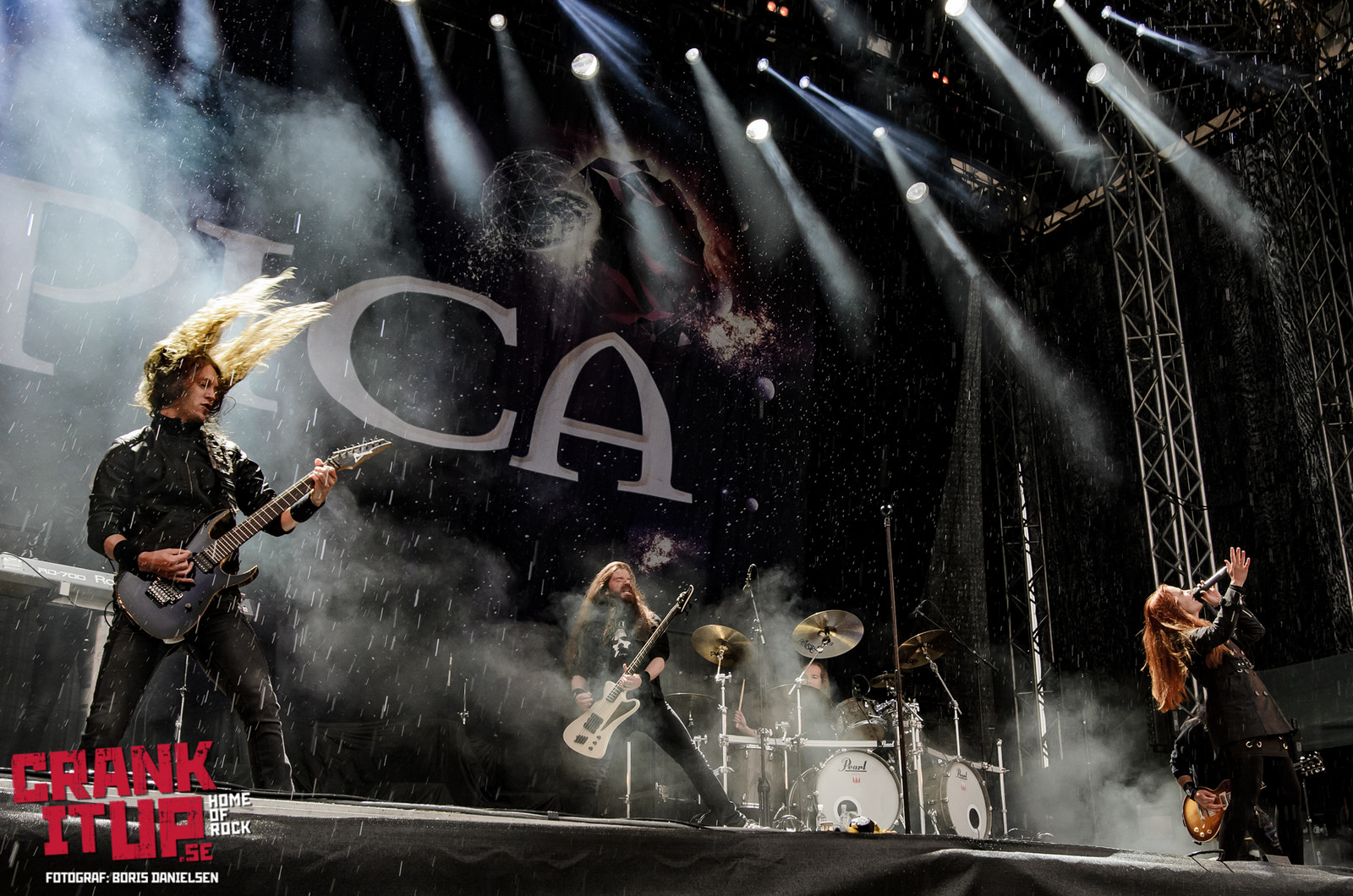 Even though the rain pours down Epica still draws a small crowd. There’s no doubt that the rain affects the audience as it’s the smallest crowd so far during the festival. Some of the band enter the stage in jackets as the weather is cold and unpleasant. Their singer Simone Simmons struggles at the start of the set to find her voice, though she catches up to the rest of the band after a few songs. Their focus is mostly on newer songs from the latest albums like Essence of Silence, Beyond the Matrix and Consign to Oblivion. Epica does live up to their name as they both sound epic and are quite epic to watch as they perform with such joy and passion. They even manages to get a wall of death at the start of Consign to Oblivion which is the longest song of their set as well as their last.

Norwegian black metal-band Abbath enters the stage in black leather, sharp studs and corpse paint as you would expect. The crowd is bigger than during any other band’s show up to this point of the day and the sound is quite good despite that the only thing I can hear at times is a wall of noise. The front man and general Abbath have become famous for doing crazy stuff (or having a breakdown as of late) but anyone who wants to see that will have to leave the show disappointed as the band plays through their whole set without any hiccups. It also seems like the sun has finally decided to show itself after hours of rain.

Alice in Chains is perhaps the most anticipated band of the day and are taking the audience back to the 90’s with a focus on their record Dirt from 1992 as well as the record Facelift from 1990.  The back line is simple but good with only some retro lights that changes color and patterns during their songs. The American band plays a mix of alternative metal and grunge with a twist of dark songwriting, which is exactly the kind of journey they are taking us on. With classic fan favorites like Them Bones and Man in the Box they clearly show why they are the main act of day two.

American heavy metal/hard rock band W.A.S.P. is the last band out on the main stage. They play for a good crowd who at times seems dead and at other times sing along with smiles on their faces. W.A.S.P. really brings back hair-metal to the stage with such songs as L.O.V.E. Machine, Wild Child, I Wanna be Somebody along with many more. 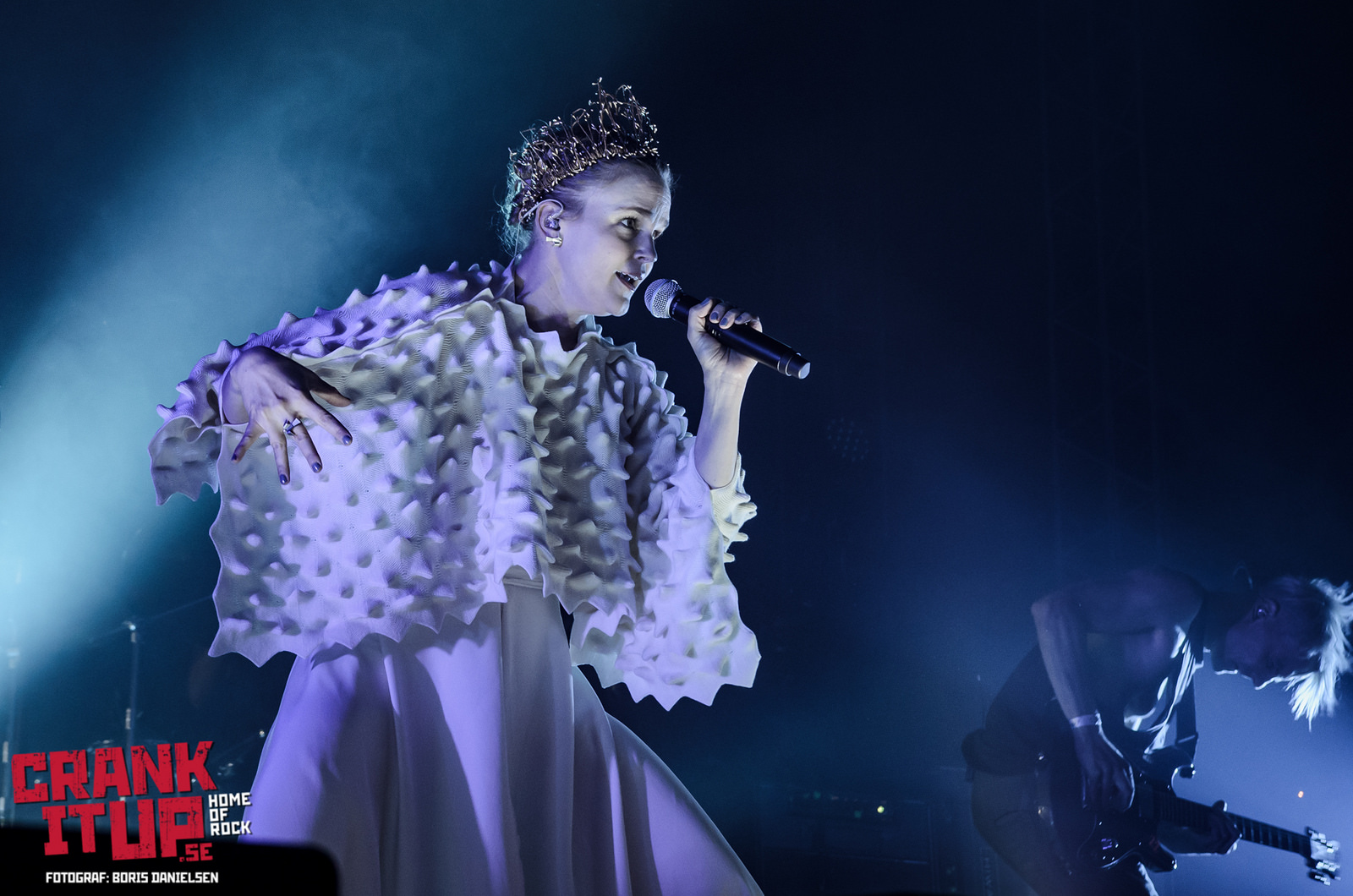 Last out tonight is Norwegian folk rock band Gåte who re-emerged last year after being gone for seven years. The stage is constantly filled with smoke and flashing lights, and at times the lights makes their lead singer look like a god of death. Tons of Rock don’t really seem like their typical audience, but still a quite big crowd shows up to watch Gåte wrap up this cold and rainy day.