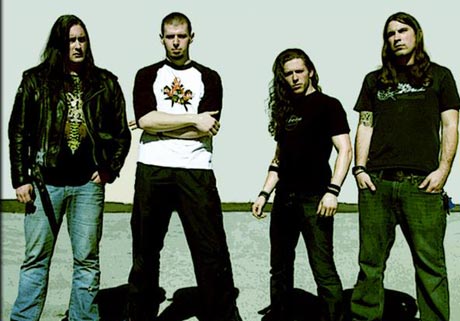 
Sångaren/gitarristen James Melone kommenterar, ”I am so pleased with the way this album is coming together. I know we all have put ourselves into this recording and I am sure this will be reflected in the end product. Noah Martin (bass) and I did more pre-production for the album than any other Arsis recording, Now, I just have to remember all the parts I tracked for the demos.”


Martin säger: ”Shawn’s in the thick of tracking drums right now. We lost a little bit of time because of a tropical storm but wasn’t too detracting. The album art is in the works as well as attaining the rights for the bonus track. If all goes as planned we’ll have an seriously-fucking-filthy album to show for the past few months of effort.”