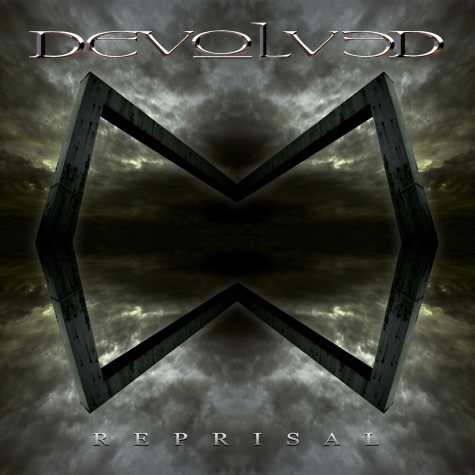 
Devolved’s trummis/grundare John Sankey kommenterar, ”I deliberately wanted to combine an organic death metal approach with more progressive and modern elements, while still incorporating a cold and futuristic soundscape which has always been a signature of our sound and concept.


”I had a very specific vision for this album and it is finally the definitive representation of what I have always wanted Devolved to be.


”After our last studio release, Oblivion, I decided to work on my own and wrote all the new song structures and arrangements in their entirety by tracking just drums and vocals myself. Once they were complete, I recruited new guitarist Mark Hawkins [Robots Pulling Levers] who then wrote and recorded all the guitar and bass parts. His involvement really allowed us to push the boundaries of each track and took the music to a totally new level of speed and technicality.


”To say the guitar work on this album is far beyond anything we have done before would be a huge understatement! New singer Mark Haggblad [Unveil The Strength] also brings a rejuvenated ferocity to the band; his relentless vocal delivery is extremely aggressive throughout each track while still maintaining a unique tone that fits the dynamics and diversity of the songs perfectly.


”It has been a renewed creative experience working with such focused and talented new members, and it has definitely allowed us to surpass anything the band has been capable of in the past. Reprisal is without doubt the album I have always strived to create since the formation of Devolved!”