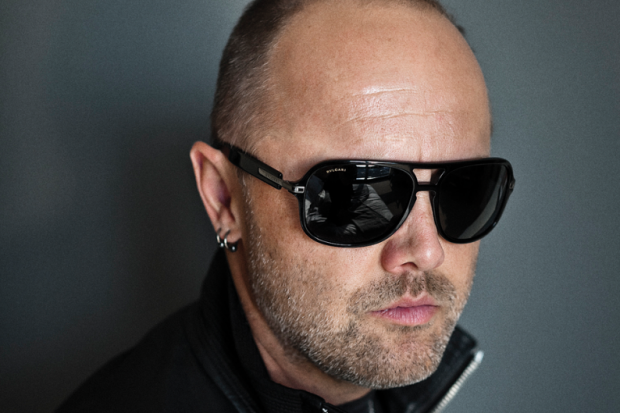 Metallica’s trummis Lars Ulrich har nyligen uttalat sig om hur hans färdigheter har förändrats genom åren. Om sina trumförmågor säger Ulrich, ”I usually feel like I’ve regressed. I’m like, ’Why can’t I do that anymore?’ You know, when I heard these songs on the Beyond Magnetic EP a couple of months ago, I thought that it sounded really exciting. I thought there was a really good, lively vibe — it’s a bunch of guys just playing together, and it sounded really full of energy and spunk and liveliness. And that was kind of the whole thing on the Death Magnetic sessions was to try to keep all that energy as preserved as possible. The one thing I’m really proud of with the Death Magnetic album is just how fucking lively it sounds. How it doesn’t sound careful, it doesn’t sound stale. It doesn’t sound, kind of, too cerebral — it’s just physical. It’s just lively and full of spunk and full of people that are playing music with each other, in a room, you know? That was kind of what we were going for with Lulu.”


När det kommer till dagens speed metal trummisar säger Ulrich, ”Those guys, I think they do something that’s so … that’s not the stuff that I do. Not just not what I do but also not what I’m interested in doing. Their stuff is so technical, and I totally respect it, I admire it, but I’m much more interested in kind of more traditional things, like songwriting and groove and attitude and vibe.”


När det kommer till att öva och repa säger Ulrich, ”I can’t say that I necessarily sit down to practice, like, ’I’m going to play and practice so I can get better.’ What happens is that I just sit down and kind of play to just more stay in shape. You know, Metallica was up to two or three months off last year, and I would sit down, I have an iPod next to my drums so I can play along to all kind of crazy stuff, and try to see if I can land in the same zip code of some of that stuff occasionally. But I can’t say that I sit down to necessarily practice to sort of get better. For most of my stuff, it’s about listening and about interpreting stuff that I’m listening to. So all the kind of sitting down and, you know, ’Now I’m going to do thirty-second-note paradiddles standing on my head — you know what I mean? I don’t do that kind of stuff so much. For me it’s more about the regimen of staying in shape, running every day, eating healthy, you know, being on top of that side of it.”