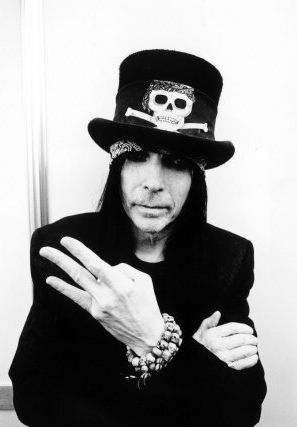 
Han fortsätter, ”But honestly, there’s one thing that’s really different for me … Being sober. And it’s really helped. The playing is better. The songs are better. There are some people who drink their whole lives. But thankfully, I was just like, ’Ah, I’m over this shit. Over the drug thing. Over the booze thing. Over this other thing.’ It’s great to be clear-headed, instead of just sitting around going, ’Huh?’ like a dummy. I don’t smoke. I don’t drink. I don’t have many vices, except playing my guitar too much. I guess I’m kind of a boring guy these days. But that’s how I’m gonna keep going with Mötley Crüe as long as I can.


”And even after that, I’ll just keep playing and writing for TV commercials, movies, old bands, new bands, baby bands, whatever, right until it’s all over. There’s no way I can keep touring for the rest of my life, because I don’t wanna be 75 on the road like an old goat with his head hanging down. But one way or another, I’ll keep rockin’ ’till I fall down. Definitely.”