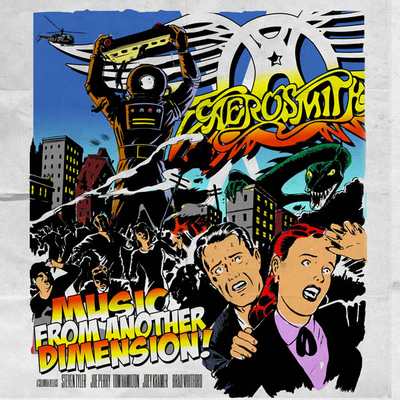 Aerosmith’s gitarrist Brad Whitford har nyligen uttalat sig om huruvida bandet höll på att splittras tack vare allt drama mellan Steven Tyler och resten av bandet de senaste två och en halv åren. Han säger, ”We were looking at all sorts of options. We were at odds with Steven. He had made it clear to us that he wanted to work on his own solo thing for a while. And then he signed on to American Idol. We felt a little bit left in the lurch. We wanted to go out and make music. We felt maybe we could go out and maybe bring in someone else to sing, maybe call it a different name. We talked about it but it never panned out. Things just worked out. I always knew the band would perform again, but I didn’t know when or how.


Angående hur det var att än en gång jobba med producenten Jack Douglas (som tidigare jobbat med bandet under Toys In The Attic och Rocks) sägger Whitford, ”It was like putting on a pair of old slippers. It just felt so right. We got to work and the album just came out so good. Everybody in the band contributed music to the album. We’re so psyched about it. It’s going to blow people’s minds. The band sounds and plays better than ever.”


Anledningen till att albumet blev framflyttat från augusti till november säger Whitford, ”It’s unfortunate. We were going to have the song Legendary Child as part of a movie soundtrack that was going to come out this summer and the movie G.I. Joe: Retaliation was delayed to next year, so the whole marketing campaign that went along with that and the album’s release went right down the toilet. So the record company wanted time for a whole new approach and they wanted to get a slot to release the album they thought would be good for it. It’ll be worth the wait.”