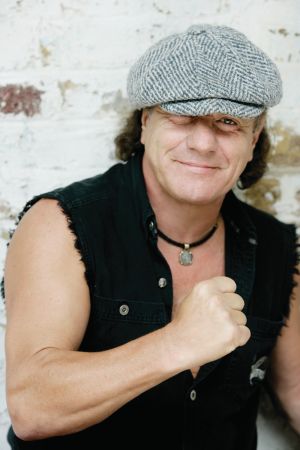 
Johnson säger, ”I’ll be getting together with Malcolm Young in a couple of weeks, and then we’re going to London to meet up with Angus, hopefully. And that’s usually how we’ll start. We’re just a bunch of pals from the projects, still. Even though we’ve done well, we still have the same roots that we stick by that we did when we had nothing, basically. And that’s the work ethic. And it has to be right for the boys to do anything. When we’re sitting down and [we’re talking about], ’Can we do this? We’re not gonna be a pale shadow of our former selves?’ We’ll talk about it and make sure that we’ve all got it. We’re just five pieces of a card, and if one of us is not really [able to perform at 100 percent], the whole thing would just collapse, I think.”


Angående en ny turné i samband med albumet säger Johnson, ”Well, I think it wouldn’t be like the last one. That was two years. I mean, that was just nuts. We were just fragged when we finshed that one. I mean, it took about three weeks to get over it. But it was so much fun, though. For guys our age at the time, to tour the world to sellout audiences everywhere, it gives you a good feeling. And the great thing was to look out into the audiences and have a look at the generations of people… I mean, it was unbelievable… Kids there that were 7-8 years old, teenagers…”