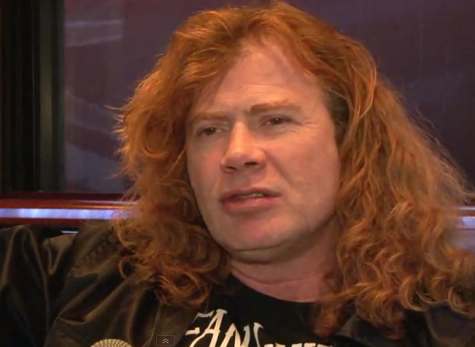 
Mustaine säger, ”I already sent [James] a text message and said I apologized to him for saying that and that I won’t ever mention it again. I like James and I thought what he said was flattering, and then it kind of went the opposite way, and then it kind of came back again. And you know, that’s OK. I guess my whole thing was I just wanted them to know that I loved them and that I missed them and I enjoyed playing with them. If that’s not mutual, then I understand. I still respect him, and I still care about the guy. If he doesn’t wanna play [with me] anymore, that’s cool. If he doesn’t like the idea of what I said, that’s OK, too. It wasn’t like I said it was gonna happen, it was something that I kind of wished would happen. But you know, it’s OK now, since it doesn’t seem like it’s gonna happen. And you know what?! It’s off my bucket list.”


Han fortsätter, ”The thing is that I probably shouldn’t have said stuff like that, ’cause, I guess, to some people, they may think that I’m trying to use that as a way to get publicity, so I can see where there would be some feelings about it, and that wasn’t my intention.”