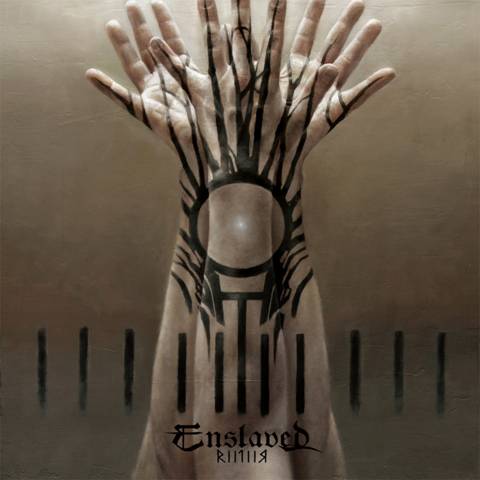 
Enslaved’s grundare/gitarrist Ivar Bjørnson kommenterar, ”It has been only two years since we last released an album and we’ve been touring Europe and North America several times since then. Some might think that this schedule, and the fact that we celebrated our 20th anniversary last year, should result in some time off in the end. Nah. Like a space vessel that gains momentum by entering slingshot-orbits on its way through space, we seem to gain speed, direction, and strength on our journeys, through new releases and subsequent tours.


Han fortsätter, ”Describing the sound on the new album is both easy and hard. It is easy because it sounds like Eslaved, whatever that means. It is hard because there are so many layers and different focal points. I have a feeling that it has a deeper complexity than our previous efforts, but at the same time, I do find it more catchy and moving. Then again, I am the opposite of objective in this, so again I’ll leave it up to the people outside the band to make up their mind.”


Låtlista RIITIIR:
1. Thoughts Like Hammers
2. Death In The Eyes Of Dawn
3. Veilburner
4. Roots Of The Mountain
5. Riitiir
6. Materal
7. Storm Of Memories
8. Forsaken