SONS OV OMEGA was formed in Umeå, Sweden, in 2012 by Tiamat Invictuz and Arktos. They were soon joined by Mors on lead Guitar. Originally Tiamat Invictuz held the role as Bass-player, but the lack of a rhythm guitarist resulted in Tiamat Invictuz taking up the role. At the same time, Anthropos joined with the role of vocalist. This was the start of the creative process.

With the vast difference in musical influence, the band spent most of their time trying to find a common ground, a structure of the band and a shared vision in music, lyrics, themes and future. The following years were spent refining the sound. Mors and Tiamat Invictuz wrote tracks upon tracks, while Tiamat Invictuz and Anthropos collaborated to find a cohesive lyrical theme to represent the band. Their shared fascination with death and annihilation turned their eyes to the mythologies, tales and deities of the apocalypse.

And in 2015, when Sons ov Omega finally was ready to enter the studio, they choose to record a full-length album with the tracks that had survived throughout the years. It resulted in the debut album ”Reign”. The album showcases a sonic template whose genre can be very hard to pinpoint, bringing to mind the classic works of Edge of Sanity, Enslaved and even Opeth. In 2016 Sons Ov Omega signed with Black Lion Records for its release. ”Reign” is set for release in February 18th,2017 at a live concert in Umeå, Sweden, and fellow label mates Defiatory and Wormlight will be playing as the supporting acts. 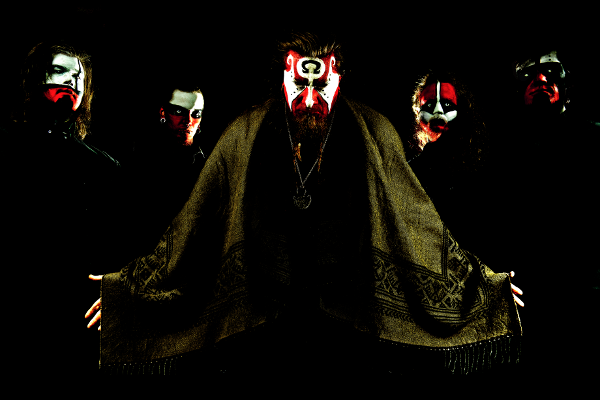