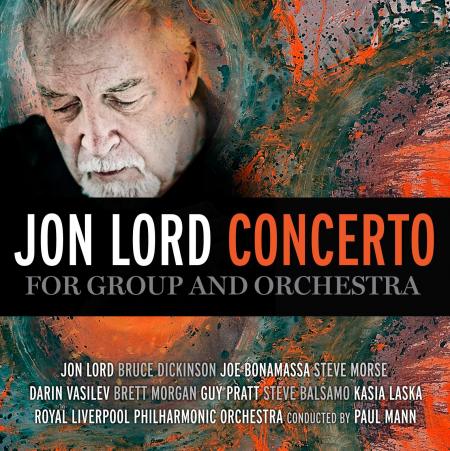 
Jon Lord har kommenterat, ”Over these last years since leaving Deep Purple, I’ve played it over 30 times with different orchestras and conductors all over the world, and, of course, in 2000 I did it well over 30 times with Purple on the Concerto tour, so I’ve been honing the piece live on stage and I’ve had the opportunity to change things in the score that weren’t sounding quite right. It is therefore a marvelous and exciting prospect to have the definitive recording of the definitive version of the score.”


Han fortsätter, ”I’m thrilled to have the Royal Liverpool Philharmonic on board. I have immensely enjoyed working with them on several occasions since recording Durham Concerto with them in 2007. They are a wonderful group of players, and with Paul Mann conducting — a dear friend and a man who knows the score inside out — there couldn’t be a better conductor and orchestra for this studio recording of the Concerto.”