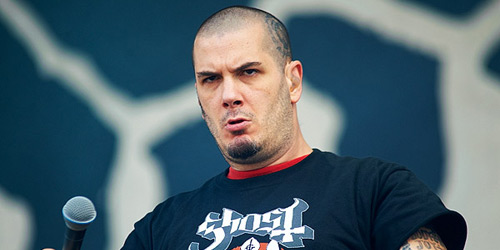 
Anselmo säger, “[It’s] wishful thinking. And I hate to say that, too. You know, really… I would… Put it this way: my door is always open. I love those guys, I love… Put it this way: I miss that Pantera feel, the feeling of walking out on that stage and performing those songs and having that massive audience just turn into this swirling whirlpool of bodies. That is something that is missable, for sure. Believe me, man, if that were a truth, I would tell you, but man, the truth of it all is it’s pretty much wishful thinking at this point.”


Han fortsätter, “There has been a great distance since Darrell’s murder. I think Vinnie [Paul Abbott, Dimebag’s brother and Pantera/Hellyeah drummer] is in his own place. I can’t speak for the man and I cannot speak for what is going on in his mind, but there are still wide-open wounds and I guess we have taken different paths to some form of recovery that is healthy for us, so I’m not sure where he’s at in his mind. But, once again, I have nothing but love for Vince. I think the media has a whole lot to do with destroying our relationship. But, you know, the media does, the media does, the media does. And in this day and age, with computers and what-not, you get instantaneous quotes, lines, messages, what-not, tweets and Twitter, etc. etc. etc. Someone could blog, someone could comment, someone could just say, ‘This is rumoured… Pantera are getting back together,’ what-not, it’ll go as a truth or come out as a ‘perhaps,’ maybe it’s areal rumour, this type of thing. Either way, before any of that ever has to happen, Vince and I would have to sit down, hash out whatever problems, whatever demons may exist, and thus far, that day has not come. And, once again, I will say, my door is wide open.”