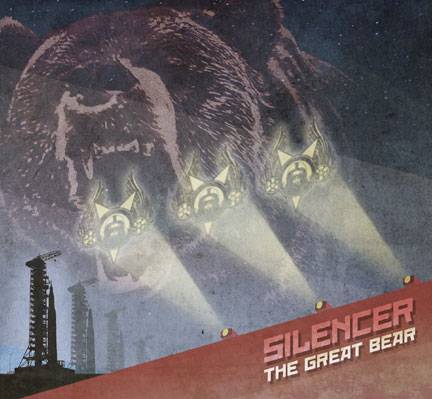 
Bandet kommenterar, ”Silencer has followed a steady progression of thrash through the years, bordering on the extreme on recent releases. On this album we rewind to more ’70s and ’80s influences, aiming to bring a bit more rock back into metal without sacrificing any punch; things like big choruses and hooks as opposed to our previous works’ all-out intensity and such. We were definitely influenced by concept albums such as Rush’s 2112 and Queensrÿche’s Operation: Mindcrime (among others) in putting together our story. This album musically is more denim, spikes, spit and vodka than anything we’ve done. Conceptually, Silencer takes a look at the U.S-Soviet space race of the 1950s/1960s and asks some ’what if’ questions. Lyrically, we rewind back to space race era Soviet Russia, and we chose to take a fictional turn towards what would have happened if the Russians chose to one-up the American’s moon landing by going somewhere further. We tell the story from the Russian perspective, and try to capture the mentality of a union that could mobilize their entire population to achieve a goal, and also from the perspective of a member of this mission. This sort of story almost wrote itself, and its mood lent us to write some more straightforward yet very heavy tracks. It’s definitely more thematic than prior releases, but aims to get to the point and tell a large story fairly efficiently.”