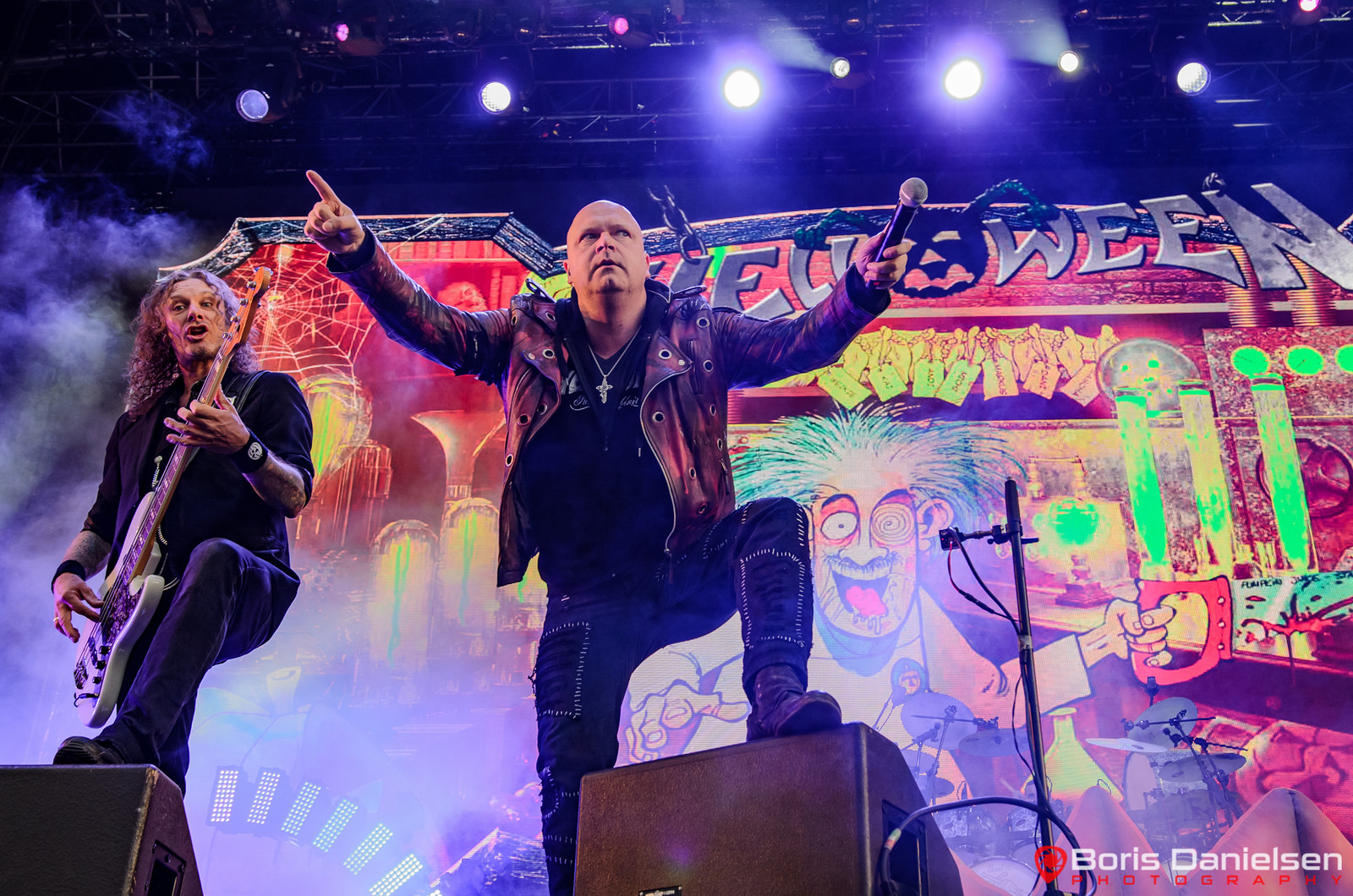 Date: 2018.06.22
It’s Friday and the last day of the festival; with some better weather the spirits of the metalheads seem brighter than the day before, even if there’s a lot of tired faces around. Today the headliner is power metal legends Helloween, along with progressive giants Opeth, Kvelertak and many more.

Skambankt enters the stage to an equal large crowd as the biggest crowd yesterday and plays rock which sounds like it would fit more on a stage in a small town. Though the audience enjoys it and even starts a small moshpit despite that the music is way softer than a usual mosh song. Near the end comes the classics, as they call them, and the crowd seems content.

American death/trash band Soulfly tears up the masses of Tons of Rock. The amps are clad in camouflage and the muddy guitars and sound seems to please the crowd. There’s not as many attending Soulfly as the earlier band, but this audience is definitely having more fun as the circlepit that forms just a couple of songs in don’t end until the band goes off stage. The band isn’t the most fun to watch as they don’t make too much out of themselves on stage, though they do capture the audience. And despite having some low-frequency feedback the sound is mostly good. 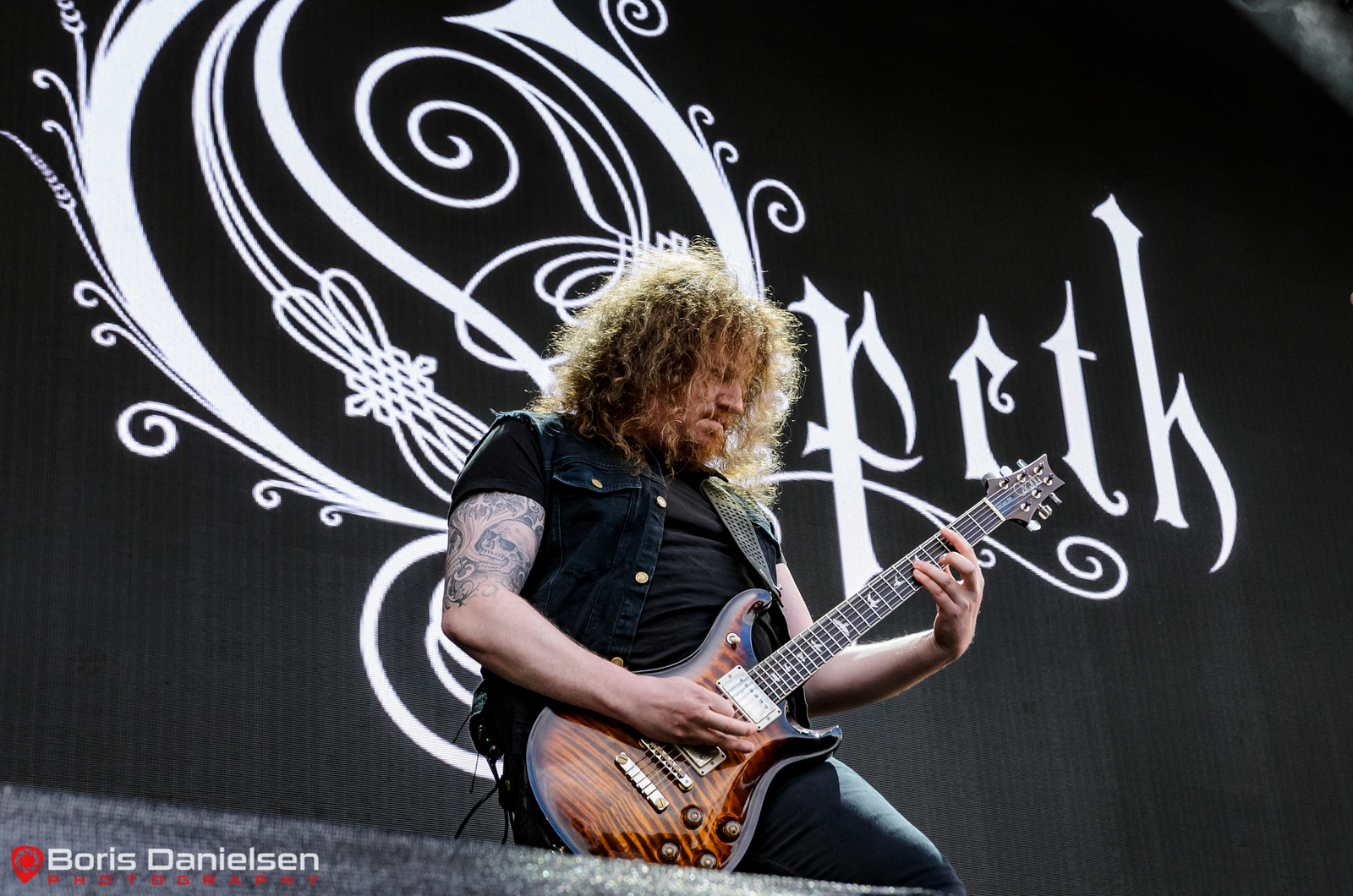 Swedish progg giants Opeth is without a doubt not the most fun band to watch live. To tell the truth their stage performance isn’t the liveliest. However, listening to them play live is another story. They start with Sorceress from the album with the same name and from the first note the crowd seems spellbound. The instruments sounds tighter than most tight bands out there, and that despite frontman and guitarist Mikael Åkerfeldt constantly ruining the strings on his guitar whom the tech just re-strings with just enough time for him to ruin another one. Opeth plays a set of only six songs, but as some of the songs like Ghost of Perdition runs on at 10-minutes makes it feels a bit longer. Near the end of the set, during their last song Deliverance, the crowd formes a long line of people headbanging in unity and the band has a really hard time to not smile at them.

Power metal-legends Helloween from Germany brings the Pumpkins United tour to Norway which means that co-founder Kai Hansen (Gamma Ray, Unisonic) and earlier singer Michael Kiske (Unisonic) are back together with the rest of the band. And the band is in top shape, maybe even better than they ever have been. They open with the track Halloween from the record Keeper of the Seven Keys Part I. The focus of the show is mainly on the Keeper-records, but we get a bit of everything as well as a medley from earlier record Walls of Jericho with Kai on vocals and guitars. Most of the show though Michael Kiske and main singer Andi Deris share the vocal spotlight, sometimes singing a song alone, other times singing together in a duet. It’s a real shame that songs like Halloween and Keeper of the Seven Keys are served in a shortened version, and that the show also feel way too short for a headliner. 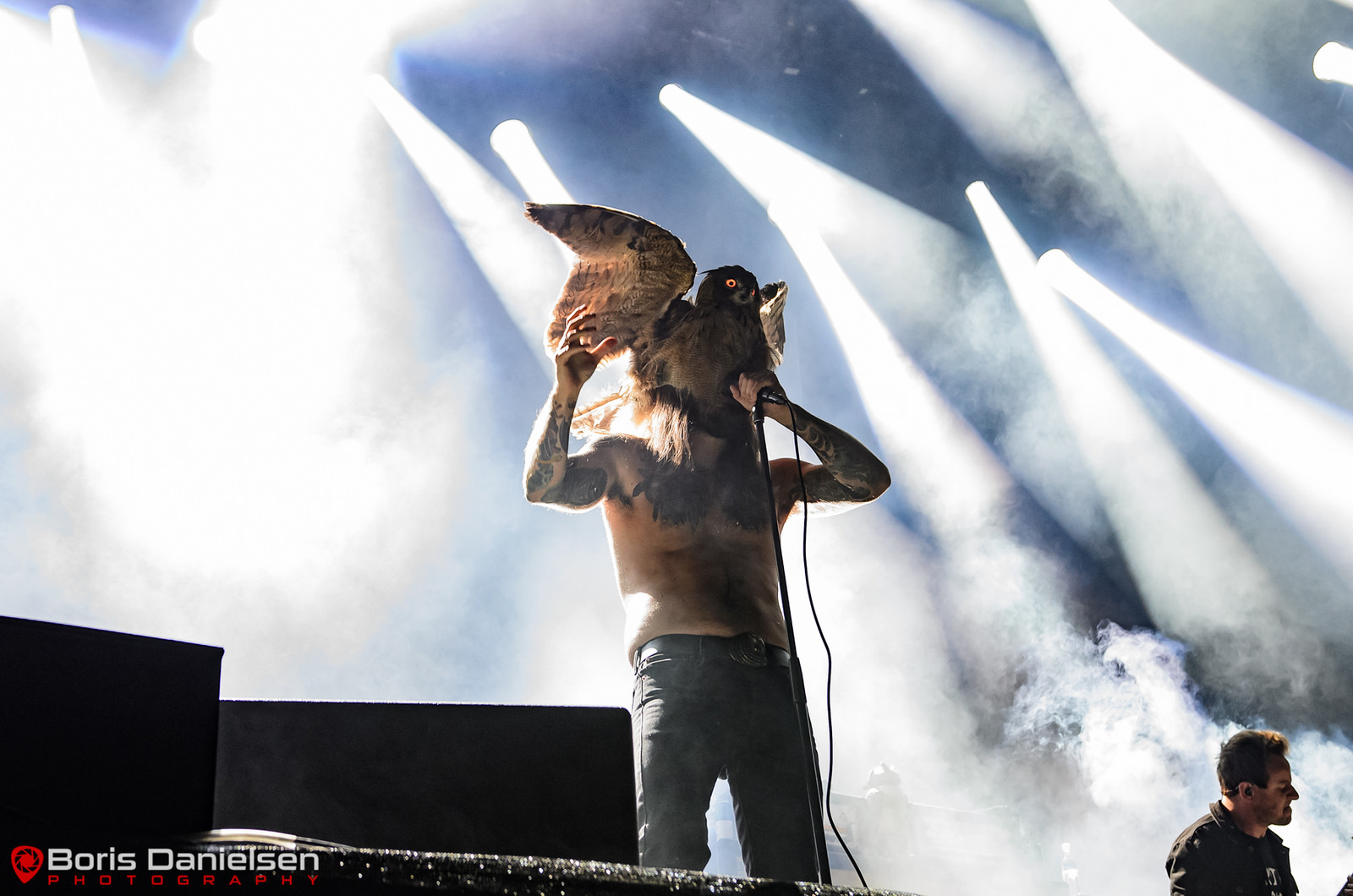 You can say what you want about the Norwegian band Kvelertak, but there’s no denying that this band draws the masses. Next to last band out on stage for this festival Kvelertak is bringing almost everyone to the main stage as they enter in mist and the singer enters with an owl on his head. The band plays songs like Bruane Brenn, Ulvetid, Svartmesse and more, and from the first note of the first song Åpenbaring to the last note of the self-titled track Kvelertak the crowd cheers, sings along, mosh and crowd surfs as total maniacs.